Dick Hardy 0:00
It’s great to be with you on this Leaders.Church video. I’m privileged today to hang out with my buddy, Doug Clay from the great state of Missouri, from Michigan through Ohio.

Dick Hardy 0:40
Doug, thanks very much for taking time to be with us. For those of you who may not be familiar with Doug, he serves as General Superintendent of the Assemblies of God. Is doing a great job and leadership. You’ve been in this role now for what? Two years?

Dick Hardy 0:57
You’re doing a great job. Thanks very much, Doug, for taking time to be with us. We’re going to talk today about the issue that all pastors around the country and around the world are dealing with. They’ve moved into a mode, after we did a bit of the shutdown piece, we’ve moved into a mode that we’re now preaching live to probably a little bit of a smaller audience. And we’re preaching online.

Dick Hardy 1:24
So, we want to just jump into the conversation of what a pastor needs to think about as they’re preaching online. Give us a jumpstart into this whole thought of preaching online.

Doug Clay 1:36
I love the whole subject of preaching and some of the nuances of preaching. As you know, you’re taking ancient text and trying to connect it to a contemporary audience. So, really preaching is bridge building. It’s worldview shaping. But particularly when it comes to the new dynamic and the new reality of talking into a camera versus feeling and reading the room. It’s a unique shift.

Doug Clay 2:42
In fact, some actually wanted their services recorded on the stage because that’s where they are. Others chose not to. Those who didn’t, it was for that very reason. They know we’re not in the sanctuary. So, they built a set. They built a studio. When you watch different recorded services, you can tell those who understand, “I’m talking via digital via recording” versus those who try to fabricate them in a room. So, that would be the first thing.

Have you ever sat down to write your message for the weekend and realized you don’t know where to start? Take a look at the Sermon Starters PDF for a multitude of effective strategies to get you started. 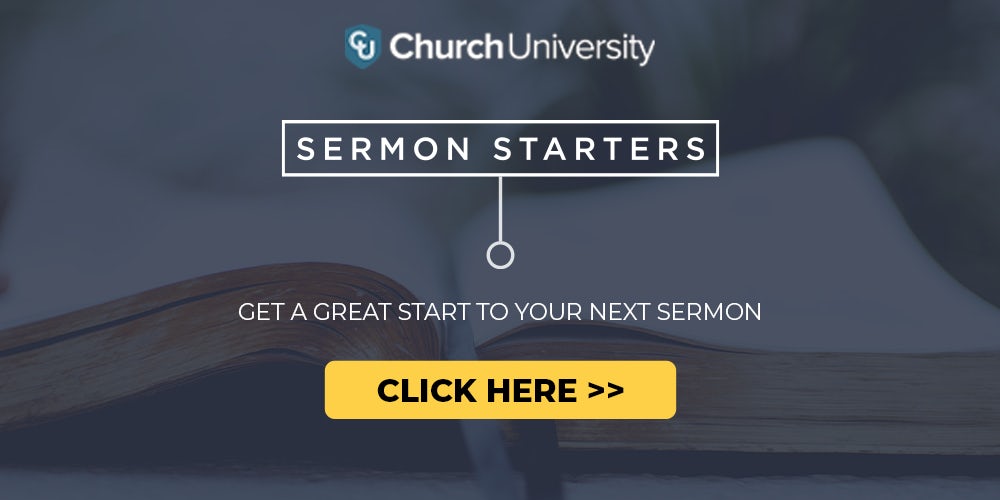 Doug Clay 3:12
I think the second thing I would say is to stretch your imagination a little bit. Use your imagination. Early on, I saw on Facebook someone prepping for recorded service, and it happened to be someone who was on their main stage, their main platform. What they did is they made life sized pictures of people who normally sat in some of the seats. The person said, “Look, I’ve got a picture of them sitting there. I got to see them sitting there.

Doug Clay 3:45
I thought that was kind of cool. What I’ve tried to do over the course of, whether it’s leadership training, virtual district councils, is think of that.

Doug Clay 3:56
So, when I was doing a Southern Pacific Latin, I’ve been in that setting before, so, I saw some of my friends sitting there. I think the more that you can lean in, in your imagination, even though you’re looking at a little camera that helps.

Doug Clay 5:02
I think the fourth thing in the nuancing going into a camera versus live, is let people in on your set. Sometimes just before service, “Hey, we’re coming in here.” Let them kind of see what you fabricated how small it actually is because it looks big when you’re out there just, I think bring them in.

Dick Hardy 5:24
They love that they absolutely love seeing that set. You’ll see guys, you’ll see I’ve seen some guys that literally, you know they had a couple of cameras, and they’ll have one actually behind the shooting camera. So, they say the camera shooting you. I think that is so good.

Want your preaching to get better every single week? Check out It Takes a Team to learn about 4 teams you can build or involve in your sermons. 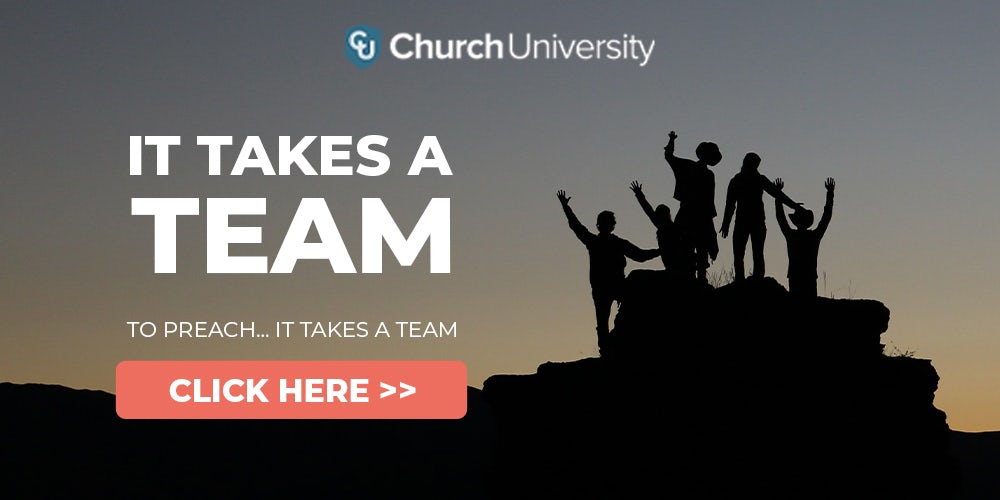 Doug Clay 5:42
Yeah. Here’s one I’m trying to practice. I felted early on, because I watched the presentation. I do think things like eye contact, dramatic pauses and having people repeat phrases can work. But it does take a new dynamic.

Doug Clay 6:01
For example, eye contact, you do just kind of lean in and look at the camera. Instead of kind of pretending like you’re looking at a crowded room, zero in, find the scratch on that camera and just look at it. On the other end, it comes through.

Doug Clay 6:21
Then I think I’ve done this. Say this, “Hey, Dick repeat after me. Ohio State will be there.” Now I know it might seem cheesy, but go ahead repeat after me, “Ohio State.” So, you have to be a little bit…

Doug Clay 6:41
So, I think the last thing that I would just throw out here and we can nuance it any way you want is, learn how to not feed off a crowd reaction and stay motivated. Do this even though you’re hearing yourself, and you’re not hearing an amen, a hand clap, or “Oh, that’s good” or “wow.”

Doug Clay 7:07
I think you’ve got to just build in that, in the part of your message that you have historically known you would get a response, you’re not going to get a response. Be okay with that. Learn that your shortness and your content is far more important right now than people feeling you. Then quite frankly, the Holy Spirit can create that kind of receptivity in other people.

Doug Clay 7:36
Those were some of the thoughts that I had.

Dick Hardy 7:37
Oh, that is so good, Doug. Let’s talk a little bit about that the leading of the Holy Spirit in what you’re doing. We can we can sometimes confuse the Holy Spirit’s movement when we have a crowd there just because the crowd gets energized and we think that it’s the Holy Spirit. But now it’s just you in the camera. How is it pastor really gives himself or herself over fully to being led of the Spirit when they don’t have that interaction?

Doug Clay 8:09
I think it’s a new discipline, number one. Number two, it works. Early on in June, Tim Enloe and I did a joint sort of a podcast. He was in Kansas. I was in Springfield. The purpose of it was to lead people into the baptism of the Holy Spirit.

Have you ever sat down to write your message for the weekend and realized you don’t know where to start? Take a look at the Sermon Starters PDF for a multitude of effective strategies to get you started.

Doug Clay 8:29
So, we talked about it. We shared it. Now, we just said, “Hey, in your own way, we want you to pray. ” Now, there was no music playing. There was nothing. But I got several emails, and I think what happened was that you had to be a little more intentional. “Hey, right now I know you might be in your room but close yourself off. Just totally disregard your just your distractions around you.” You had to be very articulate, very deliberate, but I probably got a half a dozen emails from people who were literally baptized in the Holy Spirit while sheltered in. So, it was really, really cool.

Dick Hardy 9:03
Well, I can tell you mentioned the word intentional along the way. Pastor, you’ve got to be intentional on this with your preaching online. Again, going back to the beginning, many of you are preaching to the camera, and you’re preaching to the crowd who showed up at church. That’s okay. That’s good. God has expanded your borders to be able to preach and communicate in this way.

Dick Hardy 9:32
Doug, give us a parting shot. This has been so good. If there’s anything you want to pastor to remember out of today, what is it?

Doug Clay 9:40
I would just say this, whether you’re online or whether you’re in person, you have to work at being interesting in your messaging. Chuck Swindoll put it this way, “Boredom is gross. Being dull is a grave offense. Irrelevance is a disgrace to the gospel.” He goes on to say too often those three crimes go unpunished.

Doug Clay 10:28
The cool thing is, is the anointing factor. You can gather all that you want in terms of material. You can have your illustrations be very appropriate, but at some point, the Holy Spirit does truly still anoint his word whether it’s going over video waves or sound waves.

Dick Hardy 10:49
So good, Doug. I can’t thank you enough for speaking into the lives of pastors in the way you have. I can tell you, Doug and I would both pray that you would have the kind of impact even this coming Sunday on your online messaging that that we want for you, you want for yourself and most importantly, God wants for you and the people you’re privileged to serve.

Dick Hardy 11:12
Thanks so much for hanging with us today. Doug, thank you. Make it a great one and be blessed.

Check out these blogs on preaching, as well.

It Takes a Team to Create Sermons
Why Should You Ask for Help with Preaching?
How to Preach Online and In Person
The Top 5 Preaching Questions Asked
Sermon Illustrations: Finding the “Just Right One”
Emotionally Healthy Preaching
5 Ways to Get That Sermon Started
Practical Tips on How To Do Sermon Prep
Preaching for Life Change
Fighting the “Last Minute” Fatigue
The 3 Parts of an Altar Call
2 Preaching Lessons Learned from COVID-19 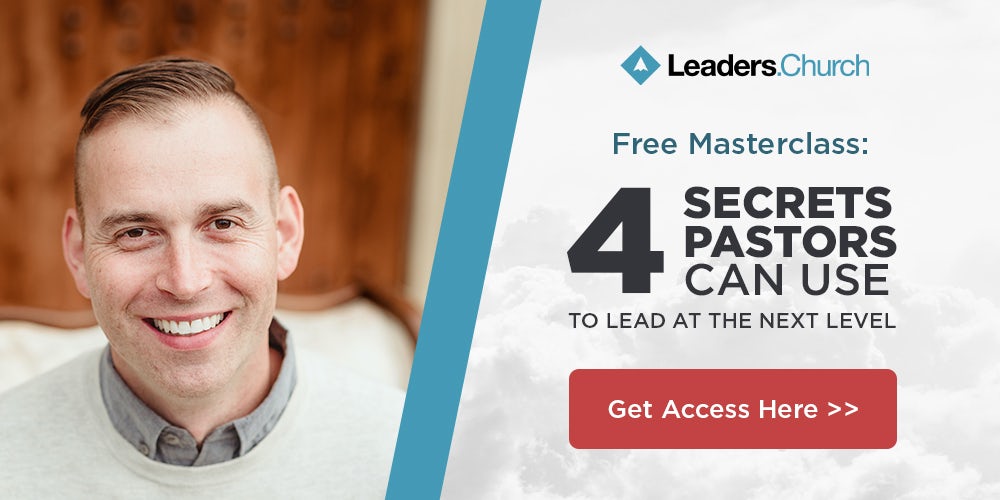 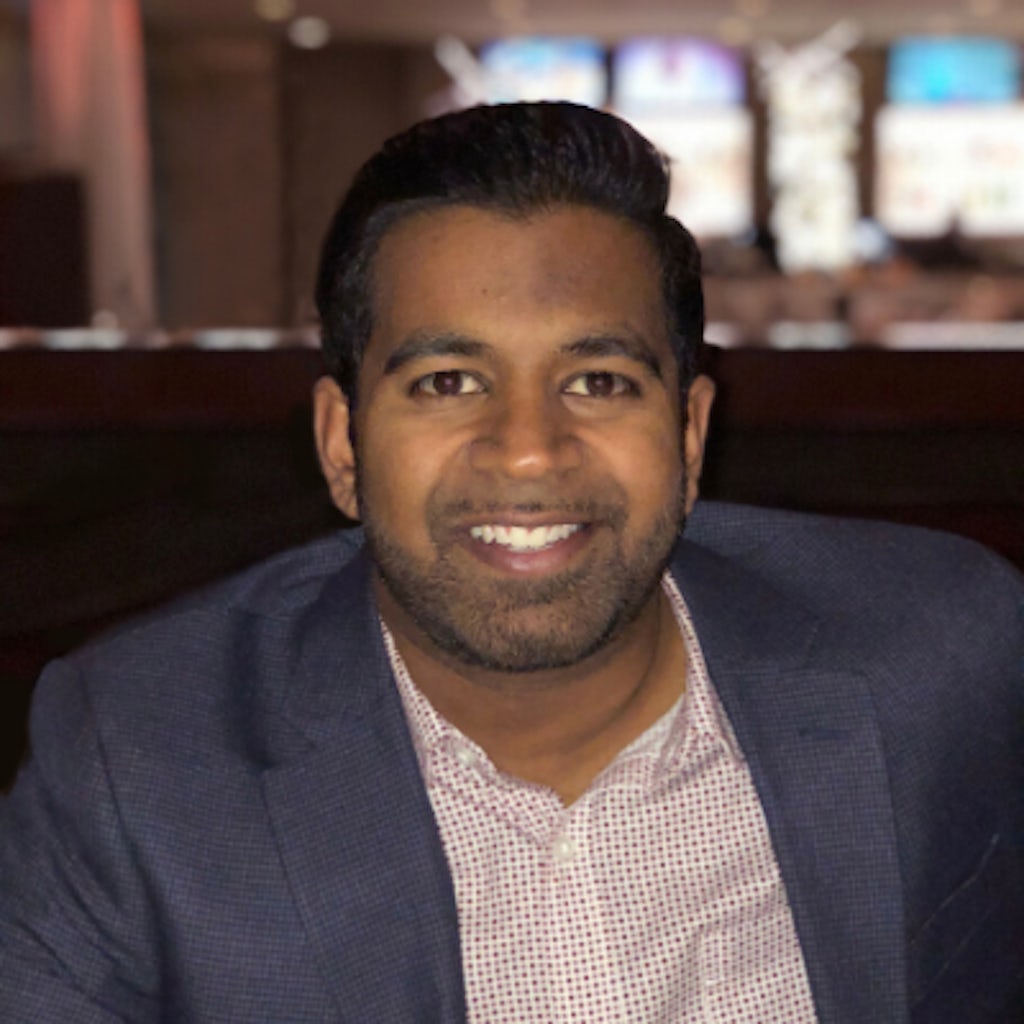 “If you want your church’s kids to find and know Jesus, then guaranteed, this KidMin Track of Leaders.Church and Church University explains exactly how to do that from the ground up.” 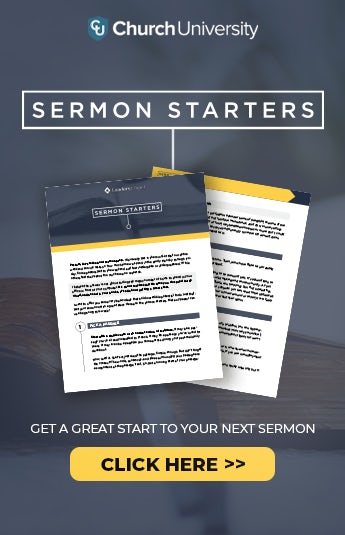